Alberto Moro lives and works in Milan. He is President of Giappone in Italia, a Cultural Association of which he was a founding member in 2007. Refined admirer of Japanese culture in all its aspects, Alberto Moro is a member of the Urasenke school in Milan since 1993. He practices and teaches the chadō (the Way of Tea), which has become for him an authentic way of life.

From 2013 to 2015 he served as President of the three editions of Milano Manga Festival, promoted in collaboration with the Municipality of Milan and the General Consulate of Japan in Milan.

In 2016, on the occasion of the celebrations for the 35th anniversary of the twinning between the two sister cities of Milan and Osaka, he has been invited by the Municipality of Osaka to make a photographic exhibition entitled “Osaka vista da un milanese” (“Osaka seen by a Milanese”), in the prestigious Osaka City Hall. Alberto Moro displayed 20 pictures that highlight his artistic and cultural affinities with the Japanese world.

In January 2017 the same exhibition was presented at the Urban Center in Milan. The exhibition “Gente di Tokyo” (“Tokyo people”), sponsored by the General Consulate of Japan, was hosted in November at Corte dei Miracoli, also in Milan.

In February 2018, with the exhibition “Lo stile Milano” (“Milan’s style”), he represented for the second time his city at the Atrium of Honor of the Osaka City Hall. The same exhibition was presented in the city of Nagoya in September. In October 2018 he presented the exhibition “Giappone e Dintorni” (“Japan and Surroundings”), dedicated to the city of Kyoto, at the General Consulate of Japan in Milan.

From January 10th to February 2nd, a new exhibition entitled “Il mio Giappone” (“My Japan”) will be hosted at Fondazione Luciana Matalon (Foro Buonaparte 67) in Milan, with the patronage of the General Consulate of Japan. 48 photographs about contemporary Japan, between modernity and tradition. A poetic tale through images, which shows the ability to grasp the moment and stop time, as the journalist Stefania Viti emphasizes. 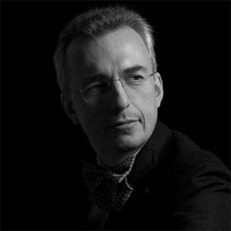